Sir Robert Hart was a Belfast man who went to China at the age of 19 and stayed all his life. He was appointed as head of the customs service in the late Qing Dynasty. It might seem strange that a foreigner should have that job, but at that time the Qing were under various treaty obligations to pay punitive damages to the western powers and Hart collected some of this money through the customs.

Hart was a brilliant man and quite a character, he played violin every morning for at least an hour, spoke Chinese and was passionately pro-Chinese. He often interceded in negotiations between China and foreign governments. I played him twice, once when I was just starting out I played him in a TV play about the first governor of Taiwan. 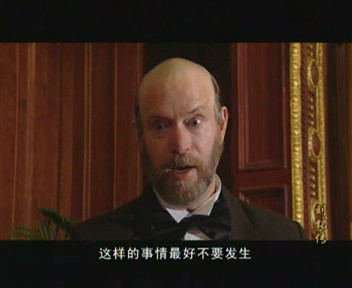 Then in 2011 I played him in a series called “Jiu He Ru Hai” (九河入海). For the former play I shaved my head to look just like him. In the latter play I offered to shave my head but they didn’t bother. It was only one scene. But I am pleased with it because it was the first time I had ever worn the silk official robes that Hart probably would have worn in his day.