Curzon was Viceroy of India. I played him in a two-part television film about an invasion of Tibet by the British in 1903. The invasion was initiated by Curzon. The film was made by a youth film project connected with the film university, but they had a bit of a budget and the actors got paid. My few scenes were filmed in Beijing. They had an impressive looking building on which they had hung a brass sign saying “GOVERNMENT HOURSE”. I told the AD it could either be a horse or a house but not both. They hastily found a large pot plant to hide the offending “R”.

Everyone else in the film went to Tibet, but I was left behind. I am still waiting for a chance to film in Tibet! 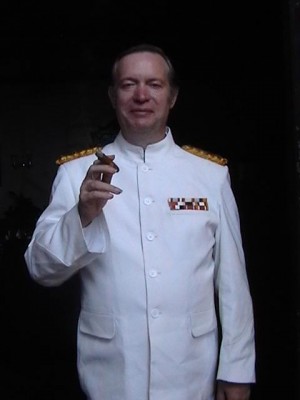