The Shaolin Temple (少林寺) is famous throughout the world as the origin of Chinese Kung Fu. It was also the first temple in Asia where the style of Buddhism now known as “Zen Buddhism” was practiced.

Representations of the Shaolin Temple and Shaolin Monks run through Chinese culture like Blackpool runs through Blackpool rock. The first TV play I ever watched when I arrived in China was a play about a renegade Shaolin monk called Fang Shi Yu (方世玉). 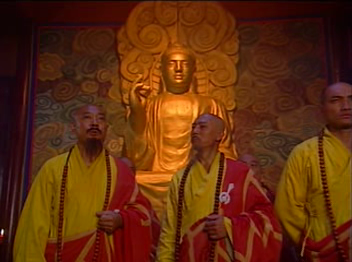 This picture is from the TV series. These are not real Shaolin monks!

In the winter of 2001 – 2002 I visited the Shaolin Temple and stayed for two months. I have never been so cold in my life, but it was a great experience nevertheless.

An account of my experience in the Shaolin Temple can be found here (warning: rather long)